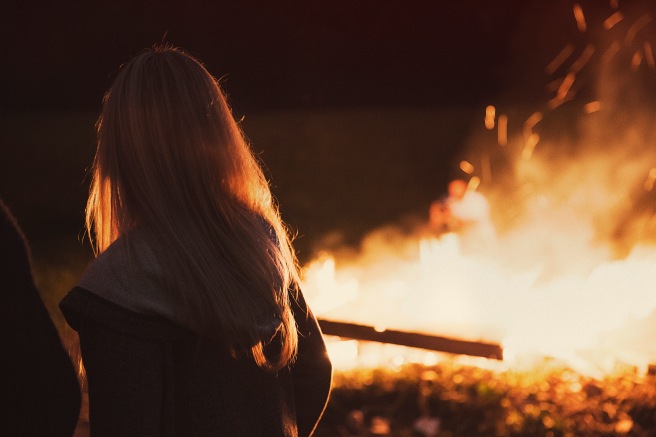 I’d like to think that I’m a good friend. I help my friends out with their issues, problems, predicaments, what have you, and I try to put them first whenever possible. But when I have pressing issues, problems, and predicaments of my own, I’ve noticed I start to help others a whole lot more than I should. I’m talking about filling up my schedule with things I’ve suggested doing for others rather than focusing on myself.

I’m either avoiding my own issues by helping others and convincing myself it’s not wrong of me to be doing that “because look at all the good I’m doing!” or I’m trying to stop feeling helpless by helping others when I can’t figure out how to help myself.

I’m using my social life to kill my self-improvement.

1. You find yourself asking why you agreed to go to social obligations you really don’t want to go to or be a part of.

You’re standing in front of your closet thinking about what to wear when suddenly it dawns on you, “Why on earth did I agree to this? I have so many other things I have to do!” Reluctantly, you choose your clothes, grab your coat, and head out the door to a social obligation that requires small talk and “catching up” — two things you tell yourself you don’t like but find yourself doing pretty frequently. Why are you going out when you have so much other stuff you supposedly have to be doing? What’s wrong with you?! Don’t let peers pressure you into hanging out with them, even if the pressure is all in your mind. You don’t owe it to them to hang out when you really do have higher-priority things to get to; especially when those things are about you. Appease yourself before you even worry about appeasing others because trust me, you’re going to be with yourself a whole lot longer than you’re going to be with anyone else, you might as well do something for your own sanity along the way.

2. You’re often caught up in a frenzy of drama that has nothing to do with you.

Drama is stressful and yet you always seem to find yourself in the middle of everyone’s dilemmas. What’s up with that? Sometimes we seek out other people’s problems and get involved when we aren’t mentally ready or prepared to face the issues in our own lives. It’s a bit of a vicious cycle: we get so stressed by the end of the day that when we finally get away from the drama swallowing us up, we’re too tired to deal with what’s on our own plates. Seems like a pretty perfect excuse to put things off yet another day…and another…and another… It’s time to bite the bullet, put your phone on silent, don’t check social media for a couple of hours (it’ll be there when you get back, I promise), and start to work on YOUR problems. You’ll be better prepared to handle other people’s issues if you take care of yours first. If your friend’s drama is really that bad, then they’ll need someone who has their head on straight and doesn’t have dilemmas of their own on their mind.

3. Your friends go to you to be a mediator by default.

If you find that your friends often go to you first with their problems, it’s probably because you’ve set a role for yourself as a mediator in your social circle. How are you supposed to ignore your friends when they reach out to you for help? I’m not saying that you should because chances are they really do want your advice on whatever they’re asking you about, but try to keep it to just that — advice. Don’t fix your friend’s problems, otherwise you’re setting a precedent for yourself. Already have that precedent set? Don’t worry, it’s never too late to give advice but stay at arm’s length. Besides, your friends need to learn from their hardships and they won’t unless they do the hard work of getting through them without having their hand held the entire way. Set it up to be a learning experience for both of you — you get to learn how to be more hands-off and your friend gets to learn how to be more self-sufficient. It’s really a win-win!

4. Whenever you stop for a minute to reflect on your own life, it’s pretty much a mess.

You can’t remember the last time you did something for yourself and felt good about it. It seems like you’re always doing things for other people and while they may buy you brunch from time to time (and let’s face it, you’re a sucker for brunch), you still feel a bit empty at the end of the day when you’re faced with challenges your friends just can’t help with (brunch only does so much). It’s not that your friends don’t reciprocate your nice help, it’s that the issues you have to deal with aren’t things that anyone but you can deal with, which is terrifying. Our minds seek out pleasurable rather than adverse situations, so it’s no wonder that you don’t take time to work on yourself very often; it’d be like opening Pandora’s box at this point. You’ll go in to fix just one thing and a whole slew of messes is going to come out to greet you, demanding to be fixed just that instant. I won’t lie and say it’s okay to do these things one bite-sized step at a time, sometimes it’s really best to grab the bull by the horns, but that’s why you need to block off time for yourself. Maybe an hour here and there to do some things on your lists (see #5) or even just to take a nice relaxing bath. Schedule in some longer blocks of time to really work on yourself in whatever way you see fit. Think of it this way: if you want to be a rock for your friends, don’t let yourself be cracked.

5. You have an infinite amount of to-do lists that you never seem to get around to because something “just comes up,” and it usually involves other people.

I am the queen of lists. I am not, however, the queen of getting things on my lists done (I’m working on it). When staring at a to-do list, I’ll often jump onto social media or text some friends to see what’s going on. I don’t really want to hang out with anyone, but I REALLY don’t want to do what’s on my lists. I’ll fish around until someone has a dilemma worth discussing, or I’ll even go so far as to visit the /r/relationships or /r/advice sections of Reddit to give advice to total strangers on the internet just because I don’t want to work on myself. Go figure! I’m still working on how best to work through this one, but getting technology out of the picture for a good hour or so and having it be nothing but you and your list of choice (that’s right, get analog about it and scribble it down on a piece of paper) is definitely key. You don’t need distractions, especially if you have the attention span of a goldfish (like yours truly), and that’s all our phones, tablets, and computers seem to be nowadays. Yes, they’re useful tools and yes, there are going to be things on our lists that require booting up our computers, but really, try to unplug for an hour and do the things you need to do that don’t require technology and see what happens.